Emerging Adulthood is a Safer Approach

In both the mental health and education professions, it is often taken for granted that the phenomenon known as “failure to launch” is pathological and merits extensive clinical and educational intervention. I have even heard this described as an “epidemic.” However, this stance ignores much of human history, development and culture.

Terms such as “failure to launch” can increase the client's sense of shame and feelings of inadequacy. By adopting the viewpoint that this is negative or abnormal, rather than one possible variation in the developmental process, we disconnect from our clients and miss opportunities to develop better relationships with them.

I see three key problems facing clinicians and educators who are working with emerging adults:

The Language We Use Matters

One of the chief insights of cognitive behavioral therapy (CBT) is that our thinking affects our mood and emotional state, and that in turn affects our behaviors. In other words, the way we think influences our feelings and behaviors. When we use terms like “failure to launch,” we betray our thinking about this subset of young adults: they have failed in some way. We can then experience feelings of derision or even superiority when working with these young folks. After all, we are successes, they are failures. From there, it is a short leap to assert that our behaviors will be less kind, and perhaps less helpful, given that our primary cognitive framework was judgmental. I prefer the term “emerging adulthood,” which I encountered in my research of this phenomenon. I think this is kinder, more biologically accurate, and allows us to begin our work with better thinking… which will lead to better feelings about our clients and more productive behaviors. The single best piece of wisdom I have ever received about being a therapist was given to me by one of my mentors. He said to me that “the way you hold the client in your mind matters.” Indeed it does. I have found this to be true time and time again. How can we hold these clients so poorly in our minds and then do good work with them?

Emerging Adulthood Around the World

In the United States, we tend to hold to the principle that healthy young adults typically leave their parents’ home at around the age of 18 or 19. This is usually when college, trade school, a job or a military career begins. I think few would argue with me when I say that any great deviation from this timeline is usually regarded with concern. Should a young male in America live with his parents until he is 23, without some obvious hardship constraining him, most of us would think that something had gone awry. Certainly I would concede that simply living at home is not the only measurement in determining whether or not one is successfully becoming an adult; however, it is currently the primary measurement, and one that merits careful consideration by everyone who works with these emerging adults.

In most of the world, it is quite common and accepted for young adults to live at home with their parents until they have saved some money, entered into a long-term romantic relationship or completed their education. The Pew Research Center has extensive data on their website about the rates of young adults (18- to 34-year-olds) in Europe living at home. Denmark is on the low end with about 19%, and Macedonia is on the high end with about 73%. In other words, Denmark has one of every five young adults living at home, and Macedonia has almost three out of four. All of Europe falls between those two numbers. Why is there no failure to launch epidemic there?

We find similar if not higher numbers in Latin America. For instance, in Argentina, 71% of young adults live at home with their parents until they are married or cohabiting. This is considered normal, which means there is no shame or judgment about this young adult in Argentina. The same adult, in America, is labeled a failure, or described as delayed, or perhaps even worse: lazy. The rest of the world appears to be allowing their young adults to live at home until they are ready to launch.

Part of our mythos in America is that we are independent and self-reliant. I believe that our culture has placed this ideal above most others. In our push to teach and instill independence, perhaps we are overlooking some other great values. In some other countries like Argentina, they have placed a high cultural value on family connectivity. Because they seem to value family cohesion more than independence in those countries, they identify little or no failure to launch problem there. By allowing the young adult to stay home for a little longer than what we consider normal in the United States, the Argentinians may actually be helping their young adults to enter adulthood in a less forced and chaotic fashion. Consider the benefits to remaining in the parents’ home for a time after turning 18: more time to save money, more time for brain development, less anxiety for the young adult due to the stability of the living situation, and in many cases better long-term bonds are formed between parents and their adult children.

A popular counterargument to these assertions is that by letting young adults stay home for longer, we will be raising a generation of infantilized young adults who will be incapable of managing their lives. While this could be true, this doesn’t seem to be the case in most of the world. We should have expected Italian society to crumble long ago, for instance, given that their rate of young adults living at home is roughly 50%. They are clearly not raising generation after generation of incapable people. Biology tells us that the brain does not finish developing until people are in their mid-twenties. Sociology teaches us that societies organized around family connectivity are not in decline. Anthropology shows us that staying at home beyond the age of 18 is a very normal, and very widespread human behavior. In fact, most of the world is doing this, and has been for a long time now.

In short, if our prized cultural values of independence and autonomy are at odds with healthy biological development, then perhaps we need to examine our cultural values.

Ultimately, people develop at their own speeds, given their personal history, neurology and environment. What I hope is that those young adults who are developing on a different schedule than everyone else are not shamed and pathologized. As clinicians and educators, we need to proceed with much better thinking and language about this population, look to the wisdom from other cultures, and examine our own values and biases if we are to truly help them.

About the author:
Peter Allen, MS, LPC, is a practicing therapist and currently the Program Director at College Excel in Bend, Oregon. For over 10 years he has worked in a variety of different residential treatment settings, including a wilderness therapy program. College Excel is a residential college support program that provides coaching, tutoring, and wellness services to emerging adults with a variety of different diagnoses and/or learning disabilities. He can be reached at peter@collegeexcel.com

Editor’s note: changing the language to emerging adulthood and creating more inclusive language is important to All Kinds of Therapy. If you have feedback, please feel free to email -- jw@allkindsoftherapy.com

Previous Post
Turning 18 in Treatment: Where Do You Go - Teen Treatment Option or Young Adult? An interview with Shayna Abraham, M.A.
Next Post
Mindfulness in the Classroom - a Strategy for Wellness & Life
Related Content

Conversation with Holly Daniels, PhD, LMFT about Young Adult Treatment
Young adulthood can be very difficult for clients and their families because clients don't qualify for the support services that were provided and funded through school districts... Young adults are still in need of significant support. ...parents have to know how to continue to receive funding.
Blog Post 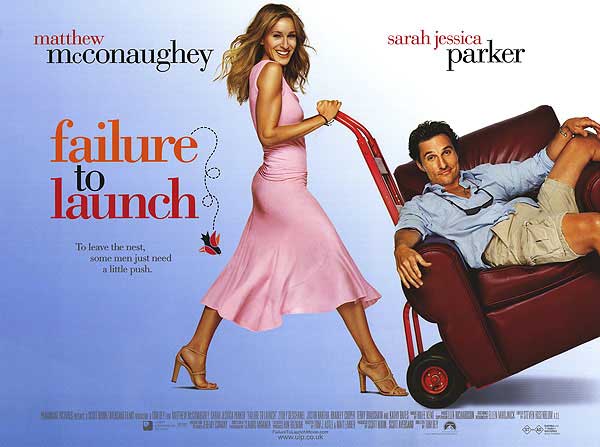 Failure to Launch Syndrome is not a Syndrome
‘Failure to launch’: a horrible turn of phrase to describe young adults or emerging adults who have yet to leave the home. And thanks to Matthew McConaughey and his movie from 2006, it is the name that family members, siblings and even the clients themselves use to describe their experience ...
Blog Post 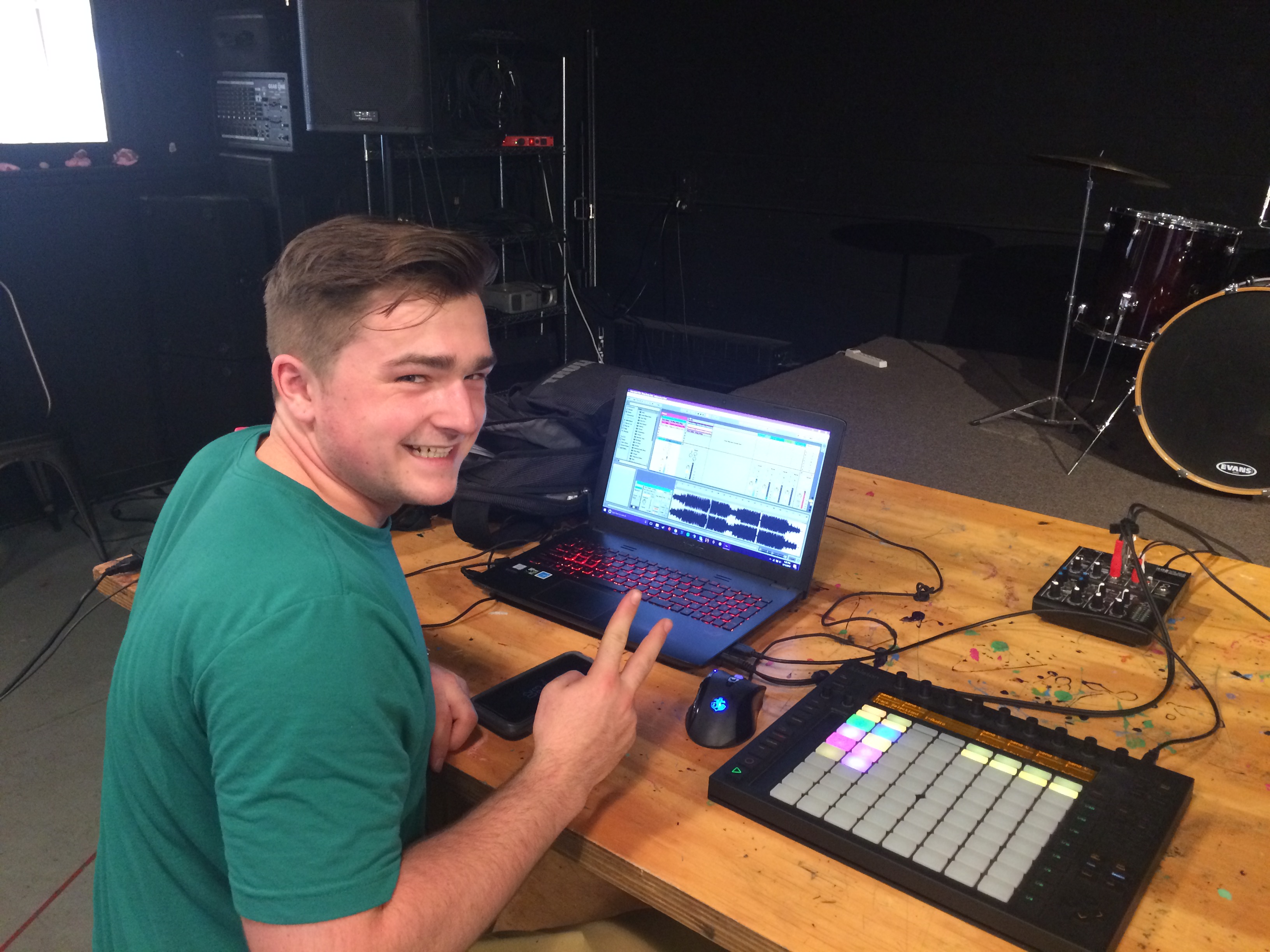 6 Varieties of Emerging Adult Treatment
The young adult treatment world is expanding fast and furiously. The average age emerging adults are entering treatment is getting higher, and the levels of care are more customized, and therefore harder for a young adult or family member to discern and digest.
Blog Post

Mind the Gap: Why Consider a Gap Year?
“The Gap” is the space between being an adolescent and an independent young adult. Stepping from the stable and predictable platform of home and high school to the dynamic, moving, and sometimes unpredictable train of independence means “Minding the Gap.”
Blog Post