Girls on Their Own: Gender Disparities in the Diagnosis and Treatment of High-Functioning Autism

Recently the CDC reported that nearly 1 in 42 boys are diagnosed with autism spectrum disorder (ASD), while only 1 in 189 girls are diagnosed with the same neurodevelopmental disorder. Are fewer girls born with autism, or are they and their parents more often left to their own devices to cope with undiagnosed and untreated ASD? According to the National Autistic Society, getting a diagnosis for ASD, which can present very differently from one person to the next, is difficult for everyone, but particularly for women and girls with high-functioning autism, including Asperger syndrome. Girls are more likely to remain undiagnosed, misdiagnosed with another condition, or diagnosed later than boys. Why? Because autistic girls are less likely to show prominent symptoms associated with the disorder, such as boys’ tendency to physically act out and emotionally detach from relationships. Instead, girls are more likely to “implode emotionally,” which often means developing eating disorders and other self-harming behaviors and withdrawing from group settings or conflict. Girls’ greater sensitivity to bullying and common pursuit of unhealthy friendships and boyfriends contrasts the relative indifference to emotional relationships more common to boys with autism; consequently, girls are often diagnosed late when observers initially blame heightened sensitivity on being “hormonal.”

Research shows that not only autism behaviors but even brain structure differ in boys and girls. A recent study of autism symptoms in 614 boys and 128 girls aged 7 to 13 with high-functioning forms of the disorder reports: “girls and boys had similar scores on social skills and communication, but girls had more normal scores on repetitive and restricted behaviors, meaning they displayed less preoccupation with a narrow interest, less inflexibility in routines and fewer repetitive motions such as hand-flapping.” The study further suggests that many of these differences may be attributed to structural differences in the gray matter of boys’ and girls’ brains, as revealed by MRI brain scans.

Once diagnosed with high-functioning autism, girls and boys generally receive the same level of support, according to the National Autistic Society. However, Dr. Kaustubh Supekar, the lead author for the aforementioned study, suggests that clinicians focus diagnosis and treatments differently for each sex. He quotes Mayra Mendez, a program coordinator for intellectual and developmental disabilities: "Treatment for girls may best focus on building behavior skills that support social interactions and social communication as most important to remediate autism spectrum disorder behaviors in girls," while “applying motor- and sensory-based strategies may generate positive behavioral change in boys….” Supekar also notes Dr. Glen Elliot’s word of caution: "The sample size is small—25 children in each group—and the finding is not especially dramatic... It is impossible to know how much these findings might apply to autism spectrum disorders more broadly. And the link between brain findings and behavioral observations may merely reflect correlation, not causation." Regardless, even Elliot is hopeful about where current research might lead. 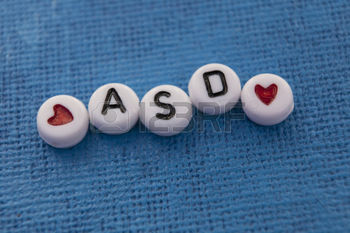 The Spectrum of Autism Spectrum Programs
With the rise in Autism Spectrum Disorders for children aged 7 - 17, there has also been significant growth and development in treatment and intervention options within family-choice private programming.
Blog Post
Planning for the Long Term: Top 5 Questions for Teen Autism Spectrum Disorder (ASD) Programs
The NIH highlighted a study last month, showing that autistic teens and young adults who are not given awareness and guidance for navigating their “differences” into adulthood, and in the job force, face odds that are grim; preparation needs to happen early and must evolve as needs change!
Blog Post