In November’s The Atlantic magazine (“Why Kids Sext”) and in a follow-up Radio West interview, Hannah Rosin debunks some of the hysteria and then informs adults (and parents, specifically) around the new technological phenomenon of sexting – the transmission of sexually-explicit images by cellphone and adolescence.

Sexting is, or is becoming, a part of a modern teen’s life, despite parents’ horror about its potential for exploitation.  For some, this is a way of expressing intimacy (and is therefore “safe sex”) without sexual contact, but sexting is becoming a common form of expressing sexuality; this is an example of expressing trust at the most intimate level.  Did you know that boys sext just as often as girls?  Importantly, girls rarely request it and boys sometimes use repeated sexting to coerce a response in kind. And because of the “norming” of explicit sexuality or risky behavior in tv culture and through the simple access of online pornography, the culture reinforces girls’ understanding that sexting is a “normal” and expected sharing between young lovers. 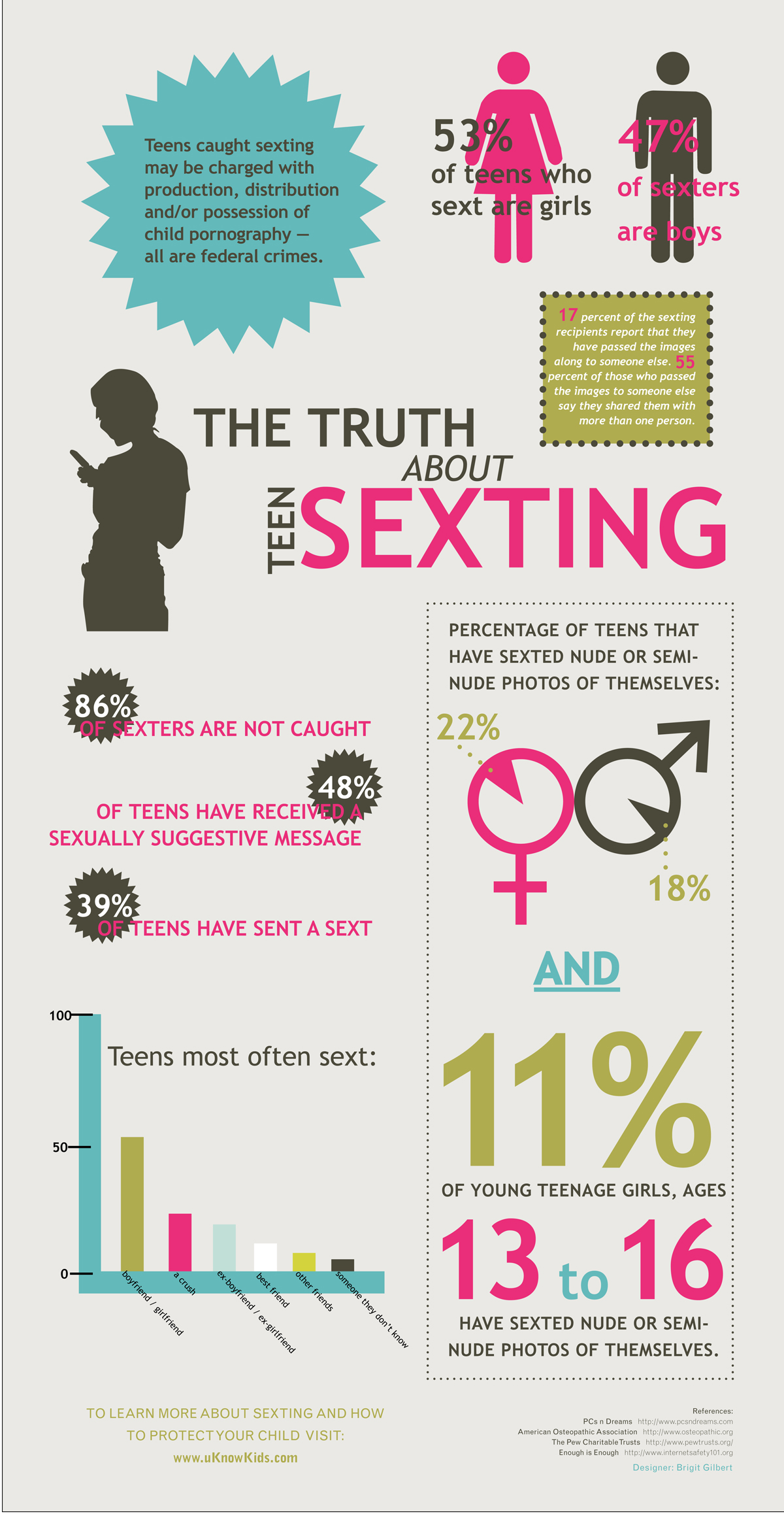 What can a parent, who discovers photos on a child’s phone - who wants to be empathetic, and informed but instinctively leaps to contain assumed damage… what can these parents do?  Rosin warns that the fear and anguish for the very large majority of children comes from the parents overreacting. “The humiliation comes from the fact of the adult involvement… the humiliation for the teens is not in the initial sending of the sext… If they are sexually active and have cell phones, [consensual sexting] is part of the DNA of how they communicate.”  (research study: Teen sexting and its association with sexual behaviors)

Contrary to the adolescent’s point of view, many parents approach any “discussion” from the perspective that sexting is a self-inflicted, stupid, and life-long catastrophe that usually requires police assistance.  There are a few instances where the digital age has made this the only reasonable response.  In contrast with the exponentially more-common form of provocative telecommunication (“30% of upper high schoolers consistently report they sext”), researchers are attempting to distinguish “pressured sexting” and non-consensual sharing as the criminal events, where an aggressor has repeatedly sent sexts and manipulates for a reply.  As stated repeatedly, this kind of sext does occur, but rarely, resulting in the not-at-all-common but an incendiary and traumatic incident that gets attention in the media, and around the water cooler, and traumatizes everyone who did not intend to publicize this image.

If you have a son or daughter who you believe is addicted to technology check out the teen programs that focus on addiction.  There are specific teen treatment programs or treatment approaches, like wilderness therapy that address this in particular.

What Does a Treatment Center Do If There is a Sexual Accusation?
What happens if there is a sexual accusation while you or a family member are in treatment? All Kinds of Therapy shares answers from several residential teen - young adult treatment programs and wilderness therapy programs about what plans are in place.
Blog Post