“Mary” was a bright and athletic 16-year-old girl who (a full year before I met her*) was placed in a residential program to address issues relating to trauma and subsequent promiscuity. During the course of her enrollment, one of her parents passed away, adding to the challenges she already faced. She was progressing well through the program, and had clearly assimilated much of the therapeutic language that was prevalent in her residential placement - she could certainly talk the talk - but when it came to the home visits she was still struggling.

Structured Home Visits are a common element in many residential school settings. Visits are short term opportunities for a student, and family, to meet therapeutically appropriate and pre-determined goals. These visits are often used as testing grounds for students, and families, to demonstrate new skills and communication patterns.

Despite her consistent successes in the residential setting, Mary struggled with integrating and applying her growth at home, and she reverted to previous patterns on this important visit. Mary was nearing the end of her therapeutic placement, and intellectually she wanted a lasting change, but she was stuck as to what to do next. It was at this time that I was brought onto the team as a Therapeutic Consultant, and we (her parent, her program, her therapist, and Mary) mapped out a long-term plan that Mary supported. The plan was for Mary to have two additional home visits, a month apart, in preparation for her upcoming move to a transitional boarding school. In these two home visits, Mary would have further opportunities to demonstrate how her new skills and knowledge were internalized.

Not surprisingly, Mary fell back into old patterns on the first home visit under the new plan. What were her behaviors telling the team that she could not tell us? Was she scared of the next step and could not verbalize her fears? These were all wonderful questions, but by now she was 14 months into treatment, and the program team, family, and I decided a different approach was needed.

Wilderness Therapy was the idea, and since Mary did not go to a wilderness therapy program before her family enrolled her in the residential program, wilderness offered a new environment to support her growth. This decision was particularly difficult for her parent to make. There was frustration and confusion that the previous months of residential treatment had “not worked”, and there was an additional shame and sadness and exhaustion as her parent wondered if anything would ever help Mary, and yet her parent realized something had to change. It felt like there was more that was still unknown about, and even by, Mary, and wilderness therapy offered a possible treatment tool for help. Mary was surprised when approached by the treatment team with the idea, but she was willing to enroll.

I had the pleasure of visiting Mary in the wilderness 10 days after her arrival and about two weeks after Mary’s failed home visit.

The 16-year-old girl who I’d met at the residential facility, a year into her treatment, had had all the “right” things to say, but the girl I met in wilderness therapy was more authentic, the “real” Mary. As is often the custom in the wilderness, we sat around the fire and Mary recounted her life story to her new community. This new persona had the courage to talk about her own insecurities and stressful experiences. She was honest about being fearful of telling her story because it was full of promiscuity, attempted suicides, and sexual abuse, and despite being athletic, intelligent, and having the ability to smile and get through it, her history was not how she wanted to know or judge, nor was it what she wanted for her future.

She completed her story with a statement about her struggle to say “no”, and how difficult and awkward having her own opinions were for her fragile self-image. The group continued with a few questions, and then a gifted staff said, “Mary, would you please go get some more firewood?” Without a word, she went off and gathered the wood and returned to the fire, and that same staff looked at her and said, “So the last thing you said was that you had a hard time saying no, and yet, you went off and got the wood. Did you want to?”

The lightbulb went off in Mary’s head. It was more a flash of light through the sky. Mary told me about how scared she had been to reveal, and really evaluate, her life. She was also able to recount all the ways she’d learned how to avoid facing her own challenges while in her residential program because of the size of the school, the logistics of the day, the constant movement between the group and individual therapy, and the focus on her academic schedule. And yet, in the stripped-down environment of wilderness, where there was only Mary, and fire, and request, and some honest reflection, all of it had come tumbling out, right there for her to work with, and on, with her new community.

Mary is not fixed, as no one ever really is, but she is well on her way to let down some of the walls that she has spent 8 years or more building up and defending. It is critically important to appreciate that the residential program didn’t fail Mary, but rather laid the foundation for this 16-year-old to have these powerful moments in the wilderness. What appeared, at first, as a therapeutic setback ultimately set the stage for even more lasting therapeutic success and growth.

Families often choose Wilderness Therapy as the first step in a multi-staged approach to treatment for their struggling teen, and while that’s often a very reliable strategy, there’s also no formal prescription for therapeutic treatment progressions. Wilderness may not always come first because of cost. Even if you don’t use a Wilderness Therapy Program first, don’t count it out as an effective tool to be applied at just the right time in the process.

Editorial Note: this was a case study of one of my former clients when I was an Education & Therapeutic Consultant.

About the Author
Jenney Wilder, M.S.Ed launched All Kinds of Therapy in 2015, as the only independent online directory for the Family Choice Behavioral Healthcare Industry. With an impressive case of ADHD and her starter career in the 90's in Silicon Valley, the dream for creating a website with features like side-by-side comparison and an integrated newsletter was born. Jenney stopped counting treatment centers and all types of schools that she has visited when she hit 500 many years ago. She was the sponsoring author of the only Economic Impact Study of the Family Choice Behavioral Healthcare Industry, which revealed the only true financial figures about this industry (in Utah). Jenney has a Masters in Special Education from Bank Street College (NY) and a Bachelors of Arts focused on History from Wheaton College (MA).

The Range of Wilderness Therapy: seeing the forest AND the trees
Wilderness therapy has evolved, from the iconic Scout trip or weekends "roughing it" into a diverse, clinical intervention in the backcountry. Each wilderness therapy program contains commonality within the group, and then expresses a programmed nuance for its selective participants.
Blog Post 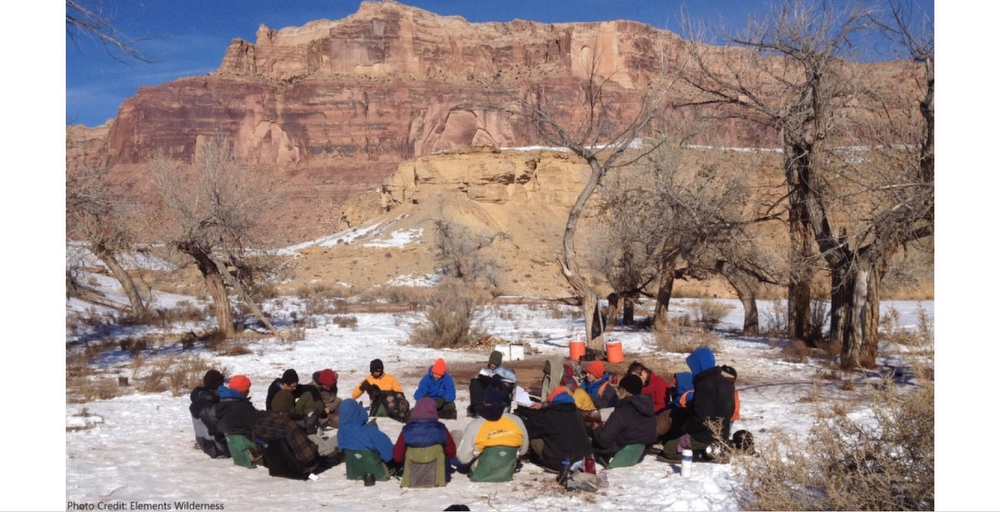 11 Lies About Wilderness Therapy Programs
This blog is about the untruths, fake news, and misinformation that are out there about Wilderness Therapy Programs... although it may be interesting to read, it is never the whole story. This blog is an attempt to get at more of the truth and unpack some of the misconceptions that abound online.
Blog Post

How Wilderness Works - By Making Things Real
"Wilderness Therapy" is a milieu stripped of artifice and luxury and what emerges is simple, real relationships that prepare them for the nearly incomprehensible noise back in the real world.
Blog Post