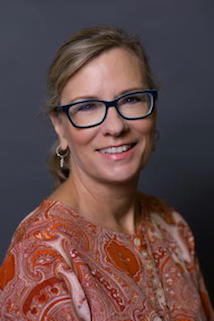 On June 2, Gail Curran, MS, MBA, CEP, CPC and Michele Royan, M.A., presented at the Layton, Utah regional conference for the National Association of Schools and Programs (NATSAP) with Megan Keller, mom, as a case study of how collaboration with professionals, families and treatment programs can work together synergistically.

Using emotional intelligence assessment tools development by Six Seconds, preferred partner Royan walked the audience through a case study of an 11-year old boy, Cade. His anger and behaviors were concerning enough for him to be asked to leave his independent school. In May of 2016, before Wilderness, Royan gave the assessment, and the results were, well, not good. The assessment measures eight competencies of Emotional Intelligence: Emotional Literacy, Recognizing Patterns, Applying Consequential Thinking, Navigating Emotions, Engaging Intrinsic Motivation, Exercising Optimism, Increasing Empathy and Pursuing a Noble Goal. The student’s results were at the lowest end of being challenged, and at times, not even on the scale.

Six months later, after 84-days in the wilderness and four months in a therapeutic boarding school, the young man took the assessment, again. The results were astonishing. He was above average on each of the measures; a true testament to the relationship and trust forged between the client and his therapeutic team, both in wilderness and boarding school. He was extremely proud of his accomplishments and beamed when Royan debriefed his results. She has not seen that much positive emotion and eye contact in a very long time and has known him ten years.

"We, either as educational consultants or program personnel, see the positive changes in treatment. But to see the before and after using this assessment tool, where the client had little emotional intelligence and then see the dramatic results after, was profound and proof that what we do to help families, works," said Ms. Curran.

“Measuring the social and emotional growth as Cade began his wilderness program, and assessing again, six months later, provided feedback that was so reassuring that the 'process' was effective. Allowing Cade to be away at a program that is the best fit for him to get the skills he needs, was difficult because of his young age. As a parent, having the ability to measure his growth, beyond letter grades in a classroom, is priceless. To see the exact areas of his development and progress is so powerful and reassuring. It’s what I held on to, in the times of struggle of not having him close and home. Finally, having the ability to measure his growth, and checking in with the development, is a resource that I continue to look forward to as Cade begins his journey home this month. It’s a process that will never end, never stop growing, and best of all, is identifiable and measurable,” said Megan Keller, Cade’s mom.

Optimal Edu Options began in 2013 is a full service personalized educational and therapeutic placement consulting practice for families with struggling children, adolescents and young adults. There are offices in Phoenix and Tucson, AZ and working with families regionally and nationally.