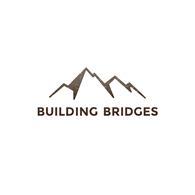 This past summer, Building Bridges students participated in a White Crane karate seminar. This style of martial arts originated in China in the early 20th century and in that time has influenced many other forms of martial arts. While this is a martial art, its focus is more on balance and movement than attacking. The students spent two days learning the application of several movements, as well as mindfulness and breathing techniques. These pieces combine self-awareness and body control and further emphasized the importance of breathing in daily life.

The seminar was taught by Hanshi Larry Vellucci. Hanshi Vellucci has a master’s degree in Ancient and Classical History, a Master’s in Education, as well as 40 years of experience in martial arts. "Hanshi" translates as an exemplary teacher and indicates a teacher that can serve as an ideal model for others. He is the President of the Kobukan Karate Federation and spent eight years training in the Far East. Holding numerous martial arts ranks, including 8th degree Black Belt in Matsumura Shorin; Ryu Karate; Okinawan Hakutsuru White Crane Karate (Hanshi); 4th Degree Black Belt in Okinawan Kobudo; and 1st Degree Black Belt in Chinese Kenpo, he brought a wealth of experience, knowledge, and skill to this seminar.

The workshop was part of our summer adventure program. The students were very excited to be a part of the seminar and were able to practice the moves while being supervised by Hanshi. It was a pleasure to be able to offer this to the community and Building Bridges looks forward to bringing more experiences like this to their students.

Building Bridges is a Therapeutic Boarding School in Thompson Falls, MT for boys 14-18 with substance and behavioral issues. The passion is creating a structure that mirrors real life with the goal to have the boys attend public school.  Building Bridges seeks to bring real life to treatment through redirection and empowerment. They strive to teach the young men to see how substance has created behaviors that have gotten in their way of pursuing their passions. By teaching them how to have self-confidence and create a more positive manner they are able to see their growth through using what they learn in a normalized safe environment that will transfer to wherever their next step is.