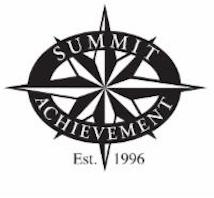 Summit Achievement is happy to announce the appointment of Doug Dobkowski, MEd, to the position of Academic Director.  Doug stepped into this new position in early September, though previously he was a Field Director at Summit Achievement.  In this role, Doug will lead Summit’s Academic Department, which is the first in the nation, therapeutically informed academic program in a Wilderness Therapy program.  Anson McNulty, Summit Director of Operations and co-owner said, “Doug's vast experience in teaching math in public schools in New Jersey and New York - as well as [his experience] being a Wilderness Therapy guide - makes him the perfect leader for Summit’s Academic Department.”

Doug grew up in Clifton, N.J. where his parents regularly took Doug and his three siblings out on outdoor adventures. After graduating high school, Doug attended Rutgers University. At Rutgers, he earned a Bachelors of Science in Mathematics and used that degree to become a classroom teacher. Doug went on to earn his masters degree as a Teacher of Mathematics from Pace University and spent another eight years as a classroom teacher, working mainly with students with special needs. Doug always found himself wanting to share his love of the outdoors with his students, so he started an outdoor club. This club began his path into Wilderness Therapy; He realized how much he enjoyed outdoor leadership and made the shift from classroom teacher to Wilderness Therapy guide.

After some research, Doug found that Summit Achievement was known in the Northeast for its hybrid model that included classroom academics. After working as a field guide and Field Director for over four years, Doug recently transitioned to the role of Academic Director.  Doug has been featured in the podcast, Stories from the Field: Demystifying Wilderness Therapy after being awarded the Jumping Mouse award at the 2019 Wilderness Therapy Symposium.

Summit Achievement is, and always has been, guided by positive reinforcement and the power of choice. Our outcome-focused program employs effective therapeutic and educational principles. Through the process of engaging therapy, classroom academics, and exciting wilderness expeditions, students experience the therapeutic benefits of outdoor adventure-based activities while learning to manage the demands of a more traditional environment. As an intentionally small, owner-operated wilderness therapy program, we serve adolescent boys and girls, ages 13-20, from around the world.