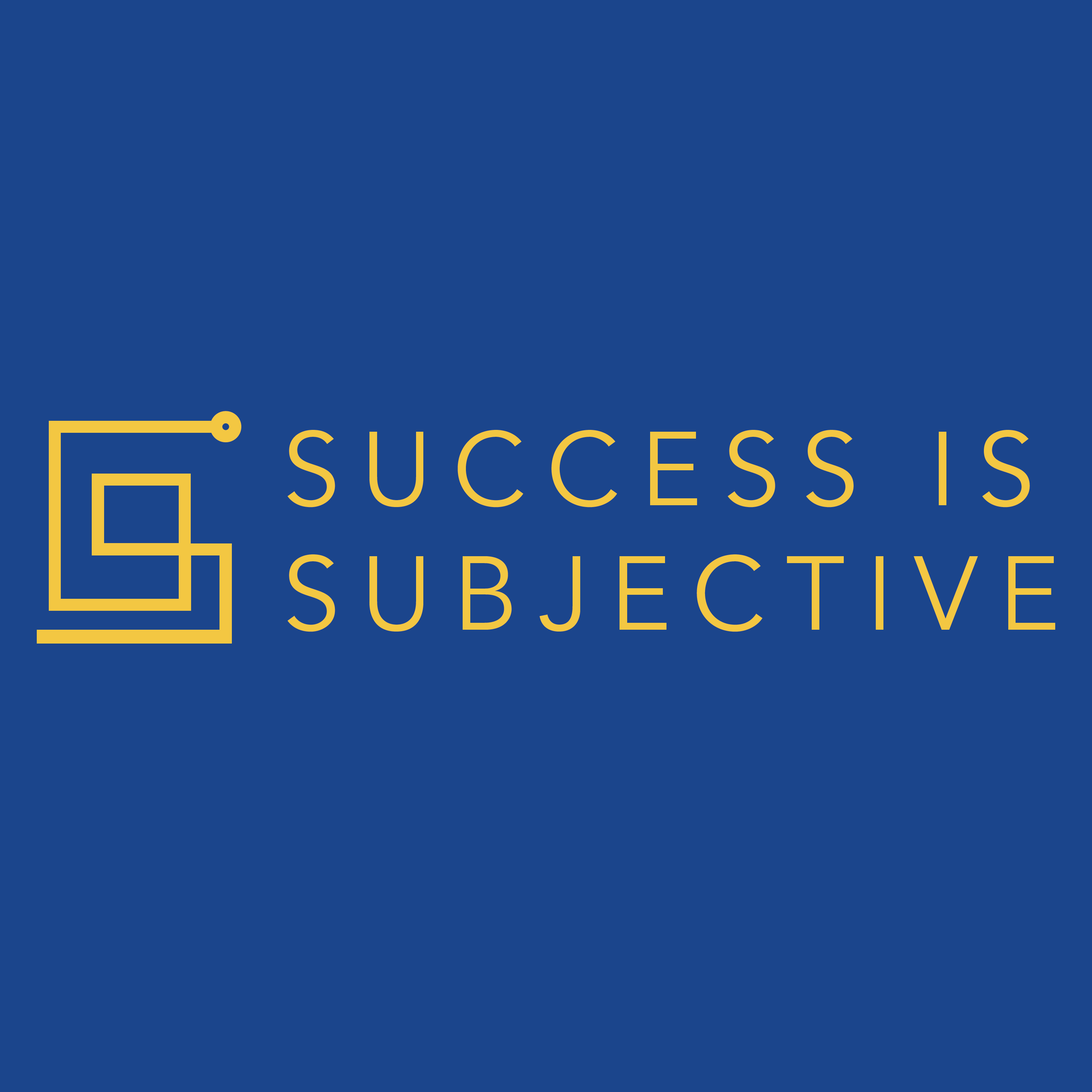 Not even a third of the way through Season 2 of the Success is Subjective podcast, Joanna Lilley of Lilley Consulting and host of the podcast announces that Success is Subjective has officially launched on Patreon as of June 6, 2022.  A podcast that is recognized, appreciated, and downloaded by thousands across the country is ready to shift to being listener-supported.  Patreon will allow subscribers to get behind-the-scenes videos of interviews, and be acknowledged for supporting the message that Success is Subjective broadcasts - that life isn’t linear, and success is what you make it.

“The podcast really started as a passion project, and now it’s taken on a life of its own.  When I started these interviews, I understood the influence it could have on changing the narrative around what’s accepted when launching into adulthood. I’m pleased with how well it’s been received. Now, I’d like to see it stand on its own feet, separate from Lilley Consulting, if possible.  There are so many more stories that need to be shared, and it doesn’t necessarily have to be tied to my consulting practice,” Joanna shared, candidly.

Since launching in February 2020, Success is Subjective has been downloaded over 10,000 times. To date, 133 episodes have been published with another 50 already recorded or scheduled to be recorded. No single story is alike.

For those curious about where to find the most recent published episode, it can be found on all podcast playing platforms: Amazon, Apple, Audible, Google, iHeart Radio, Spotify, Stitcher, and TuneIn Radio.  All episodes are also available on the Success is Subjective website.

Since 2016, Lilley Consulting has been helping families and young adults find treatment options during a time of transition or crisis.  Joanna dedicates herself to working solely with emerging adults who unravel before going to college, when they land on a college campus, or right after college graduation.  Young Adulthood can be messy, but it doesn’t have to be if you find the best treatment resources at the time that you need them.